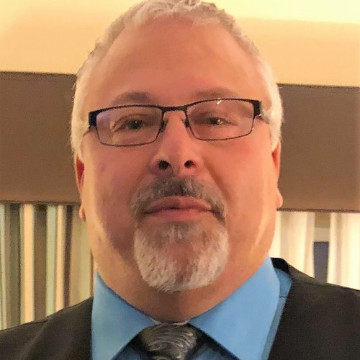 Ron began his career in the telecommunication industry over 30 years ago. He started out as a general worker, advancing into leadership positions and when that wasn’t enough for him, he branched out with some of his colleagues and became an owner in his own telecommunication tower company for a number of years.

His work in the telecommunication industry up to this point was very grueling at times, especially having to perform manual labour in some very harsh environments.

Ron has always been very interested in the technical side of things. It was during this time, while in his management role, that Ron could foresee the future of the tower business changing – he was determined to be a part of that change. Ron decided to break off on his own.

Ron is the founder and CEO of UAV Tower Innovations Inc. since 2014. He is a certified Transport Canada RPAS Pilot holding a Compliant and Complex standing SFCO Canada wide for over 5 years.

With Ron at the helm of UAV Tower Innovations he continues to work in the communications field using his RPAS equipment to complete audits, inspections and reports of towers all across Canada that are owned by companies such as Rogers and Bell.

Since the beginning of UAV Tower Innovations, so many other opportunities have opened up for him outside of the tower industry. Ron played a huge part in the expansion of the 407 highway extension in 2017. By way of his (Aeryon Skyranger) Ron was able to compile information, map and survey approximately 47kms of new highway construction for the 407 ETR.

Ron has become well known around the RPAS industry including his home town of Durham and the surrounding area within the aggregate world. Ron has worked with many of these companies to map and survey their gravel pits and quarry’s, giving them accurate and astonishing reports. When gathering this information Ron uses an Arrow Gold total station for all the ground control points and then processes all the data using Pix4D.

He has completed countless inspections of buildings, windmill towers, bridges and other structures. When doing these inspections he sometimes use thermal imaging gear. This equipment detects hot and cold areas and has also been very beneficial when Ron has assisted SAR crews to look for missing persons.

He does a lot of work for Gold Mines, completing highly detailed orthomasaics, point clouds, 3D maps and contours. Ron has also recently started using a magnetometer to search for magnetic areas around their properties. Ron is also working with these companies creating a construction walkthrough in a VR world, very exciting.